Anat Hoffman at the Kotel

Last night, Anat Hoffman, the courageous leader of the Women of the Wall (and a leader of our movement in Israel) was arrested by Israeli police for singing the Shema at the kotel (Western Wall in Jerusalem).  You can read a brief account of the arrest here (from “The Jewish Daily Forward”).  And you can learn more about the Women of the Wall here.

Noa Sattath, Director of the Reform movement’s Israel Religious Action Center wrote the following in an email to supporters of religious freedom in Israel:

“Last night Anat Hoffman was arrested at the Western Wall. This occurred during a prayer service in the woman’s section with 250 other participants, including members of Women of the Wall and Hadassah.

Anat was detained and held overnight in police custody for disturbing the peace. She was arrested for saying the Shema, Judaism’s central declaration of faith, out loud at the Western Wall.   Anat was put through a terrible ordeal.

The experience was both frightening and humiliating, simply for wanting to pray as a Jew at the Kotel. We are all so relieved that Anat is now back home.  She also wants to express her profound gratitude to all of you for your support and good wishes.

Anat will be writing about this experience herself in the coming days. As we move forward we are more determined than ever to achieve equality for women, everywhere in Israel, including the Kotel. Please sign (and share) our petition, which calls on the Israeli government to end the ultra-Orthodox monopoly over the Western Wall.”

I have signed this petition myself and, if you are so inclined, I urge you to do the same.  You’ll find the petition here.  As I discussed during a recent High Holy Day sermon, we owe it to ourselves as liberal Jews but even more so to the future of Israel to stay informed, involved and to help Israel find her way back to her best self.  We also owe it to courageous leaders like Anat Hoffman and Uri Regev, to support and stand with them in their ongoing work of justice and tikkun. 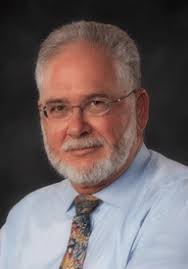 As I mentioned during Yom Kippur services, I’m thrilled that Rabbi Uri Regev will be coming to Beth El on Shabbat morning, Saturday, October 20th, 2012 (click on the link below to see the flyer for full details)!

Rabbi Regev currently serves as the President of Hiddush, a new education and advocacy organization he helped found that works to protect religious freedom in Israel.  Prior to his work at Hiddush, Rabbi Regev served as President of both the World Union for Progressive Judaism and as the Executive Director of Israel Religious Action Center.  Among his other accomplishments, he has successfully argued for recognition of the rights of non-Orthodox Jews before the Israeli Supreme Court.

Even if you can’t join us on October 20th, I encourage you to check out the Hiddush website.  You also may want to read Rabbi Regev’s recent post about eliminating the role of Israel’s Chief Rabbi (on the Open Zionism blog of the Daily Beast website).