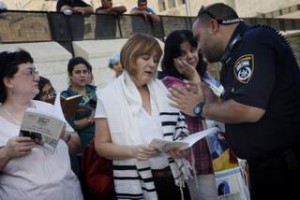 In this week’s parashah (Torah portion), we reach the climax of the story of Joseph and his brothers,  With roles reversed, Joseph (the former victim) has his brothers (the former victimizers) completely within his power.  Having framed Benjamin for the theft of an expensive goblet, Joseph, still unrecognized by his brothers, explains that he’ll allow the rest of them to return to Canaan but Benjamin must remain behind as a slave.  Va’yigash begins as Judah steps forward and, following an eloquent plea, offers to remain as a slave himself in place of Benjamin.  Poignantly, Judah asks:  “For how can I go home to my father without the lad, and thus see the harm my father will suffer (Gen. 44:34)?”  After Judah has spoken these words, Joseph is overcome with emotion and, at last, reveals himself to his brothers–“I am Joseph–is my father still alive (Gen. 45:3)?”

This is a complicated moment for our understanding of Joseph.  Was the whole point of Joseph’s machinations to test his brothers and find out if they’d changed?  Before he could trust them, was Joseph trying to see whether his brothers would respond differently when faced, once again, with the prospect of abandoning a brother and causing terrible anguish to their father?  Or was Joseph simply struggling with the temptation to exact revenge and make his brothers suffer?  Did he only change course at the last minute because Judah’s plea softened his vengeful heart?  Perhaps, Joseph himself wasn’t sure of his motivations even as he was manipulating his brothers.  We can’t be sure.

For my part, I would like to believe that no matter how hurt and angry Joseph still felt, some part of his heart held onto the hope that his brothers could have changed.  After all, Joseph didn’t just throw them all in jail or deny them food and send them back empty-handed to face the intense famine in Canaan.  Instead, whether intentionally or not, Joseph left the door open for his brothers to do the right thing and Judah literally “stepped up.”  If Joseph had given up all hope that his brothers might have changed over the years, if he’d decided that things could never be healthy between them, the story would have had a very different and probably far more tragic ending.

Like Joseph, our people’s ability to  sustain this kind of stubborn and resilient hope, sometimes in spite of ourselves and certainly, despite the evidence of Jewish history, has been one of the strongest guarantors of our survival.  To give up hope is to give up on the future and the possibility that things still could change for the better.  To give up hope is to surrender to the dark cynicism and despair that threaten to corrupt our hearts and smother our will to do the slow, frustrating but essential work of creating change.

As I’ve continued to worry about events unfolding in Israel, a line from Naomi Shemer’s beautiful song, Al Kol Eileh (written after the 1973 Yom Kippur War) keeps rising up in me.  You’ll find a charming YouTube video version here and lyrics with a translation here.  In the second half of the chorus, Shemer writes:  “Do not uproot what is planted; do not forget Ha’Tikvah (the Hope).”  This is, of course, both a reference to Israel’s national anthem and also to hope itself.  The message of the song is undoubtedly nationalistic and patriotic.  But the lyrics also express a continued longing and hope for peace.  And what I fear these days is that too many Israelis, understandably exhausted by decades of disappointment and missed opportunities and terrible violence, have given up on the hope of peace.  I worry that too many Israelis have accepted as a sad, hard  but inevitable reality that there will never be peace with the Palestinians.  And they have adjusted their worldviews and political positions and choices accordingly.

If I’m right (and I pray that I’m not), this development bodes ill for Israel’s future.  Of course, Israel must continue to protect herself vigilantly and not be naive about the very real threats she faces.  At the same time, I believe Israel’s future depends on her ability to continue nurturing the hope for peace, perhaps like Joseph, in spite of herself and in spite of the evidence of much of her history.  I pray that Israel, like Joseph, can somehow leave the door open for an unexpected but not impossible transformation among those who have done her harm in the past.  While it’s possible that such a stubborn hope may never be rewarded, we know that if we abandon the hope of peace, it certainly will never happen.  Al tishkach et ha tikvah–don’t forget Hope.